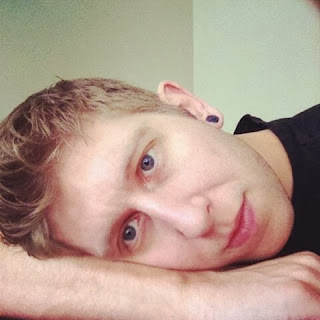 I've learned to process most everything through fucking. The thought that sex is no longer possible is akin to dread. It is loss of pleasure, love, livelihood, and my ability to cope. While it was once just a part of me, sex has become my sense of self. To take that away is as close as I've felt to death.

I cried on the way to the hospital. It was the third time I ended up there on account of my erection. I'd considered myself drug-free for the latter half of my life. But I'd spent my entire twenties consuming erectile dysfunction pharmaceuticals. Over the past two years, on a more-than-frequent basis.

The choice came to either fuck like a god until I couldn't fuck at all, or to bring my sex back down to earth. An emergency room doctor had my attention once he'd opened a hole in my penis and let it bleed out. "You keep doing this and you're not going to be able to get an erection, period." There was something in his voice. It suggested that I'd already gone too far.

"What the fuck am I going to do?" I said out loud while driving home. It was meant for something greater than myself - a god I didn't believe in.

A girl texted me that night. She thought that I was still at work. Her message was obscene in a way that might normally put me in her bed within the hour.

We'd fucked in movies and gone out twice the week prior. "I normally hate people like you," we said together. But we'd connected on something like emotional vulnerability, aesthetics, and whatever chemical addiction we had to each other.

I told her half the truth: the doctor's orders that I couldn't be aroused for several days. That I couldn't have sex for more than a week. My genitals were bruised and sore. They looked beaten with a hammer.

For whatever reason, she agreed to wait. We went from phone calls apart to nights together, our bodies fully clothed. I wanted to feel loved before it became clear that I couldn't please her the way I used to. Before my impotence was forced out into the open.

I flipped her over and she ripped the needles out while we fucked. My blood dripped on her skin and it became an act of love.

Mostly, I claim to believe in nothing. Then I find moments where I can't help but think, "This was meant to happen."

The financial ramifications were next on my mind. A friend helped me with a resume, and another with meetings in the mainstream job market. No one knew who I was, so nothing stuck. I only received vague advice, like to apply somewhere else or speak to my old university counselors.

For the first time, I stood with a camera and waited for an eighteen-year-old boy to ejaculate. It was supposed to be obnoxious. I knew most crews hated it when the male performers took too long. But I found something sincere and sweet about it. The vulnerability was hard to find elsewhere.

Closed eyes. Stroking. A boy tried so hard to lose himself in the fantasies of his head. The moment he acknowledged the rest of us, it stopped working. And we cut this all out of the film.

I hated how quickly it lost its charm. After a week and a half of working ten-to-eighteen hour days - sometimes for a tenth of what a model earns to get fucked - I didn't care. It was just something that happened to drag out the day.

A month later, there are more opportunities. I'm pursuing each one, trying to find my place in the market. It's clear that I won't starve, but I can't tell more than that.

I honed my production skills over the years without the need for commercial viability. My film, music, and other projects were funded because I fucked for a living. Because I had both time and disposable income. I fed off the artistic expression of my own ideas, and the consumption of others'. But mine were not important to the rest of the world. Not in such a way to become commercially sustainable. The frequency and leisure with which I've indulged in my art was the hardest thing to lose. I'm still processing it now.

It shouldn't be so difficult to come to terms with. My new form of work is just more typical. I do something useful for people and they pay me. It only takes up more of my time.

I thought the sex would be something I missed. If I was alone, perhaps it would be true. But I find some peace in sexual monogamy. After a thousand paid partners, I fantasize about only one. It's strange to know that I will never "have" to fuck again. It will only happen if I want to, and if someone else does too.

I'll want to share my sex on some occasions. There are avenues for this: MakeLoveNotPorn.TV, camming, and so forth. The feedback is hard to part with completely. Though sex on my own terms is all I can give from here on out.

I'm curious to see how long it will take for people to forget who I was, and if it will matter to me at all.

Come to my Brother